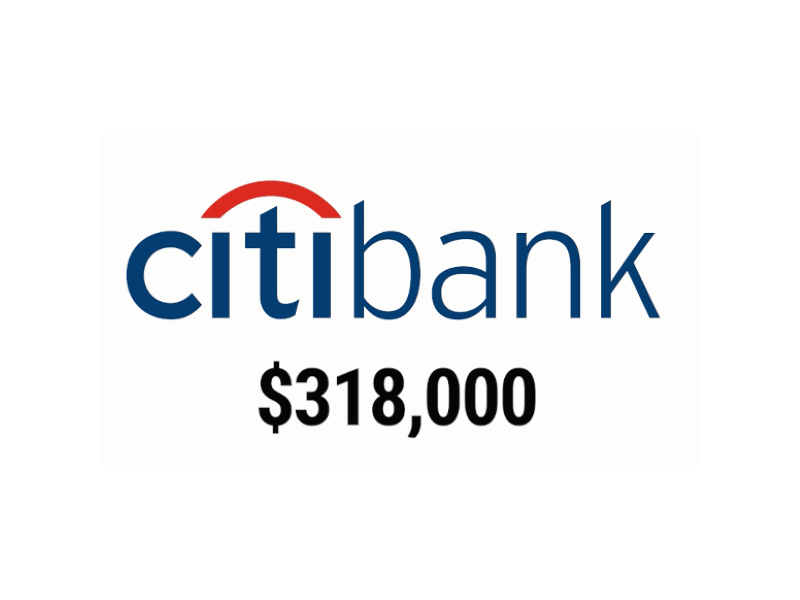 A new report issued by Citibank analyst Tom Fitzpatrick predicts big things for Bitcoin for next year. The document suggests the asset could potentially reach a new high of roughly $318,000 by the end of 2021. Given that bitcoin is presently trading for more than four times what it was in March, perhaps—should bitcoin sustain its present momentum—this number can be quickly attained.

Kroger—one of the largest supermarkets in America—is offering a unique rewards program that will give its customers money back to use in future shopping trips, with the rewards being delivered in bitcoin. The company has joined hands with bitcoin exchange Lolli and will reward users with approximately 1 and a half percent in bitcoin for all pick-up and delivery grocery orders.

Liquid—has fallen victim to a cyberattack. Only this time, it doesn’t look like money was the object of the hacker’s desire. Instead, the malicious actor has made off with personal data belonging to customers of the exchange, including login credentials and possibly even identification documents. The exchange is investigating the matter, but in the meantime, advising its clients to change their passwords quickly.

Digital Asset Investment Management (DAiM) has launched the first company-sponsored retirement plans supporting bitcoin. As an adviser and fiduciary, DAiM will help companies create a 401(k) plan that allows an allocation up to 10% in Bitcoin. The digital assets will be held in Gemini Trust’s cold storage custody.

A huge thanks goes out to eToro for supporting us in putting this video together. If you’re looking to trade cryptocurrencies, consider joining the millions who are already using the unique features eToro offers, like CopyTrader, which lets you automatically replicate the moves of top performing traders on the platform. For more information, visit etoro.com.

That’s what’s happened this week in crypto. See you next week.

In this episode of the Bitcoin Magazine Podcast, host Christian Keroles and author and senior developer at Swan Bitcoin Dergigi take a deep dive the Bitcoin rabbit hole.

Finally, they cover Bitcoiners’ religious zeal toward the technology and why Bitcoin hardliners are, in fact, good for Bitcoin.

On this episode of Bitcoin Magazine’s Fed Watch, Christian and I are joined by Jeff Booth. It results in a show that is unlike any other interview with Booth that you may have seen. Most listeners are familiar with his book, so we spend most of our time discussing what a timeline of events looks like from Booth’s perspective, and then some possible limitations to the technology-driven deflation theory. In usual Fed Watch style, we end with trying to understand how Bitcoin affects these arguments and what Bitcoin means for the world.

Booth not only took bitcoin by storm in 2020, but he overtook all of macro investing, with his book “The Price of Tomorrow: Why Deflation is the Key to an Abundant Future.” In it, he outlines a new way to look at monetary policy and economics, through the lens of a technologist. Technology has a massive deflationary effect in the sense that it lowers prices through the economy. Also, technology is multiplicative, meaning its effects are exponential, not linear. When we approach monetary economics from this angle, deflation becomes inevitable and, most disquieting of all, very near.

Booth’s deflationary arguments fit well into the broad discussion that macro is currently having on inflation versus deflation, but with a new spin that is hard to deny. Fed Watch has explored this topic primarily from a financial angle. Are the actions of central banks inflationary? Is the money supply increasing or decreasing? And so forth. We have argued that credit is contracting, meaning there is deflation, but central banks can adjust banks’ balance sheets which looks like inflation.

Booth’s approach cuts straight through these academic arguments, right to the jugular. Humanity is approaching the vertical portion of the exponential curve of deflation. This technological deflation will force central banks and governments down a predefined path of money printing and centralization, which in turn will chase people and capital into bitcoin.

Throughout the podcast, we raise several questions to test Booth’s theory. The most important being: Instead of technology driving deflation, could it be that inflation is driving technology? You will have to listen to hear how Booth skillfully answers that question. It leads the interview into a deep conversation on Bitcoin culture and our deflationary future.

Overall, this is a very thought-provoking episode of Fed Watch. Behind a bearish view of the near future, Booth is an optimist. Technological deflation will win against centralization and central banks, leading us to a more prosperous future with a new money designed for deflation. Thanks to Booth for coming on the show.

“The Bitcoin Standard” by Saifedean Ammous is a fan-favorite book among Bitcoiners that is constantly recommended to newbies and veterans alike. It serves as a fantastic reference to learn about the history of money and what makes money valuable: two critical factors informing the importance of Bitcoin.

I personally have written a few articles of my own about these topics and always find myself coming back to “The Bitcoin Standard” to gather information for my research. Learning the ins and outs of how money operates is a very interesting and beneficial thing for anyone to understand.

But even after reading this book, I found myself wanting to learn more. And, if you felt the same way, you’re in luck because I had the chance to discuss Ammous’s latest book, “The Fiat Standard,” with the author himself.

“The Fiat Standard” is the “debt slavery alternative to human civilization,” as described on its cover, and it will take readers on a deep dive into the monetary system and underlying technologies behind fiat money to find out exactly how it functions.

In this podcast interview, Ammous and I dive into multiple topics surrounding fiat money, such as its foundational technology, the debt standard, fiat states and fiat banking.

Understanding how fiat operates in comparison to Bitcoin can be a difficult task. Since Bitcoin is an open-source protocol, it allows anyone and everyone to check its code down to the very last detail. Fiat, on the other hand, is protected by smokescreens that hide its operational methods, with an additional layer of propaganda promoted by people who benefit from it the most.

“So, I started distilling the operation of the fiat standard away from … the means of its promoters and its propaganda that is taught about it in schools, [to] just talking about it operationally: How does it actually work?” Ammous explained in our conversation. “And I’m delighted to announce that it doesn’t work too well.”

Although fiat money has its problems and is not the most efficient monetary system, Ammous brought up a point that some Bitcoiners may not like to hear: He explained that even though fiat currency is a shitcoin, it has still succeeded in some areas.

“When you think about it this way, you can see where the advantages lie,” he said. “It is a shitcoin, but it’s still a shitcoin that is massively adopted by seven and a half billion people and it does a lot of transactions every day.”

The slight advantages of fiat don’t mean that it’s an overall positive monetary system, as fiat money has brought us upon the debt standard and possibly the worst debt crisis that the world has ever seen, with no end in sight.

“When mining fiat works through lending, then everyone has an added incentive to engage in lending,” Ammous said, building an analogy between Bitcoin and fiat. “It’s essentially a subsidy to lending. So everyone who wants to borrow is effectively being subsidized. When you borrow, you effectively mine a block of fiat.”

Looking back on the history of civilization under sound money, you tend to find that it helped to bring great times of prosperity to humanity, while easy money brought on hard times, war and utter chaos.

One of the most effective ways to usher in a solid fiat standard is to start “educating” the youth that all of this nonsense is not only good, but beneficial to them and everyone else. This has brought us to fiat education.

Fiat education plays a massive role in the debt crisis as discussed above. Universities today depend heavily on and are essentially controlled by fiat money.

“The major form of subsidies that is given to universities is the low-interest rates loans for students,” explained Ammous. “That is what constitutes an enormous subsidy to the university-industry. And so with this kind of subsidy, plus all the money that comes in for research, universities effectively are run by fiat.”

Also, people used to go to universities to connect with other like-minded individuals and increase their knowledge on whatever subject they’re interested in. But today, we don’t see that at the “overpriced country club” that is the fiat university.

In my opinion, this lack of proper education and arguable brainwashing that occurs in universities today has been affecting the real world in a negative way after their graduates go on to find jobs and function in society. The combination of the lack of proper education and easy money has spiraled into fiat medicine, science, fuel, families and more.

Today we are truly living in peak, fiat euphoria. Bitcoin fixes this.

On this episode of the Bitcoin Magazine Podcast, host Christian Keroles and Zach Herbert, the CEO and co-founder of Foundation Devices, sit down to discuss the company’s launch and its first product, the Passport hardware wallet.

During the conversation, Keroles and Herbert dive into the design editions for the Passport as well as Herbert’s ideas about multisig, hardware wallets in general, Bitcoin mass adoption, user safety and more.

Topics discussed in this episode include:

The guest for this episode of Bitcoin In Asia is Alejandro De La Torre, vice president at Poolin. De La Torre and Poolin have launched taprootactivation.com to improve on the communication and transparency of the Taproot activation process. Bitcoin Magazine’s Aaron van Wirdum covered the initiative here, and in this Interview, De La Torre and host John Riggins explored additional context around it.

De La Torre has been in the Bitcoin data and mining space since 2014 when he founded SendChat, later acquired by wallet and data service Blocktrail, where he led business development until the company was acquired by Bitmain. Inside of Bitmain, De La Torre co-founded BTC.com and led its European office during the SegWit upgrade process. Now, back with former BTC.com colleagues at Poolin, De La Torre leads its global business development initiatives.

Poolin operates out of Beijing and is currently the second-largest pool in terms of Bitcoin hash power. Their services have expanded over the past year to include facilitating additional financial services products for their miner customers, and they have partnered with BlockFi and Three Arrows Capital, among others, for those expanded services.

In addition to discussing taprootactivation.com, De La Torre talked about lessons learned during the SegWit and blocksize debates, Bitcoin upgrade activations and the changing competitive landscape in the Bitcoin mining pool business.