[Guest Post] Breaking Down Barriers with The Next Generation of DApps

Ever since the introduction of Bitcoin, the very first Decentralized Application (DApp), we have seen multiple use cases arise in the last ten years, from crypto exchanges, data storage, to gaming and entertainment. While much has been said about the potential for blockchain technology to positively impact almost every aspect of our lives, the prospect of mainstream adoption still seems like a lofty target for the relatively nascent industry to achieve. Though we have seen encouraging signs of adoption in recent years, there is still a long way to go before we start to see the tangible benefits that blockchain technology can bring to our daily lives.

At its current state, significant barriers hinder the rate of adoption for everyday users by limiting their ability to interact with blockchain technology seamlessly. To engage with DApps, users would require a sufficient level of technical knowledge, and an understanding of how cryptocurrencies work, along with how to acquire, store, and use them. Coupled with slow transaction speeds and inefficient systems, it is not surprising that adoption rates have not lived up to the hype, thanks to the inaccessibility and difficulty of using DApps on blockchain platforms.

For blockchain technology to make its mainstream breakthrough, the industry will have to pivot its focus to the usability of DApps, and lower the barriers to entry for everyday users. Users should not have to undergo multiple steps of procuring and securing tokens, or feel overwhelmed by the sheer amount of technical knowledge required to even begin using the DApps. Instead, development of DApps should focus on allowing users to earn and receive tokens through the platform natively. A current example of this is Bermi, a social network that allows users to earn cryptocurrencies by creating and interacting with viral videos. Another example is OnBlock, a platform that allows users to experience DApps on the IOST ecosystem with just a phone number, without the need for private keys, wallets, and accounts. Only when the barriers to entry are lowered and users are familiarized with the concepts of blockchain, will we start to see breakthroughs in adoption.

To encourage developers in creating meaningful and user-friendly DApps for users, a holistic support system of projects, incubators, accelerators, and venture capitalists is also needed to provide sufficient resources and capital. When developers are given adequate support and tools to create valuable DApps that can break down the current barriers for both consumers and enterprises, the blockchain industry will be able to thrive and grow closer towards the eventual goal of achieving mainstream adoption. 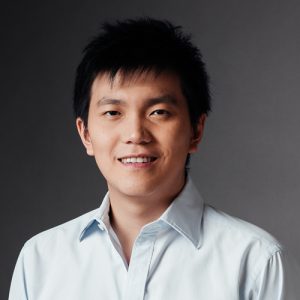 Jimmy is the Co-founder and Chief Executive Officer of IOST; the application-friendly, next generation public lockchain infrastructure helping decentralized app developers overcome some of the most challenging problems with mass adoption. An entrepreneur at heart, Jimmy started his first business while still at high school in Beijing. Moving to the United States shortly after, he co-founded several technology startups while at university, including Studypool, a 500 Startups backed-online platform connecting students to tutors.

Looking to drive the next wave of internet services, Jimmy believes in the promise that a more scalable blockchain infrastructure will bring in helping developers accelerate the adoption of decentralized applications. He holds a Bachelors of Science in Mathematics and Computer Science from Emory University, Atlanta.