Much has been said about Central Bank Digital Currencies (CBDCs) and governments’ affinity for them. While China and Japan appear to be at the forefront of this digital currency innovation, Switzerland appears to be making significant progress.

Yesterday, the Swiss Center of the Bank of International Settlements’ Innovation Hub (BISH), announced that it had completed two proofs-of-concept for a possible wholesale CBDC. Dubbed “Project Helvetia,” the new CBDC initiative is a collaboration between the BISH, the Swiss National Bank (SNB), and Six Group, the country’s top stock exchange.

A separate announcement from the Six Group highlighted that Project Helvetia would explore the legal and technological feasibility of transferring digital assets via a wholesale CBDC.

From there, the assets will move to the Six Digital Exchange, the stock exchange’s proprietary distributed digital asset platform. The platform will also include services like toke issuance, trading, custody, management, and settlement.

Although the development shows that Switzerland’s top financial minds believe blockchain has a role in the country’s financial future, it doesn’t necessarily indicate that they will use it in launching a wholesale CBDC. The partners also highlighted that the experiment doesn’t solidify their interest in establishing a CBDC.

Andréa Maechler, a governing board member at the SNB, highlighted that the project indicates the agency’s acknowledgment of innovative technologies. Thus, they simply don’t want to miss the chance to incorporate these technologies into the financial system.

“Irrespective of which technologies the financial markets adopt next, the safety and reliability of Swiss financial infrastructure must be preserved. If [distributed ledger technology] can deliver significant improvements in securities trading and settlement, then the SNB will be prepared,” he emphasized.

Still Dallying on the CBDC Issue

The BIS itself has been quite reluctant to dismiss the importance of cash in favor of CBDCs. Last month, Benoît Cœuré, the head of the Innovation Hub, argued that fiat money would remain its position despite the growing CBDC frenzy.

Cœuré highlighted in his interview that while cash isn’t being used so much as a payment means, it is still a considerable currency form. Instead of pushing or CBDCs to be the status quo for payments, he counseled that governments should focus on providing a variety for their citizens.

While countries in the Euro area remain split in their opinions, China and Japan are moving ahead quickly. China already began conducting tests for its digital yuan, consolidating several partners and regions to be a part of the tests to see how the asset will operate.

As for Japan, it will begin a proof-of-concept for its digital yen next year. In October, the Bank of Japan sent a document to the BIS, highlighting that it would build an asset that can work for wholesale and retail customers. The agency added that its preferred digital asset would be able to work amid infrastructural breakdowns – especially in the face of natural disasters.

The Bank of International Settlements (BIS), along with financial market infrastructure operator, SIX and the Swiss National Bank, announced today that the organisations have successfully completed a joint proof-of-concept experiment to integrate tokenised digital assets and central bank money.

Dubbed ‘Project Helvetia’, the experiment explored the legal and technical feasibility of transferring digital assets by comparing the issuance of a wholesale CBDC onto a distributed digital currency platform with digital asset platform linkage to the existing wholesale payment system.

In an official press release, BIS outlined the benefits of a wholesale CBDC and pointed out its advantages when settling digital assets. The bank added that the wholesale CBDC explored in the recent project, Helvetia is currently restricted to banks and other financial firms.

The participants expressed willingness to work on future projects related to the role of digital assets in the financial system. Despite the optimism regarding project Helvetia, BIS mentioned that further efforts are required to better understand the practical complexities related to wholesale CBDC.

Changing the Face of AML with Self Service AnalyticsGo to article >>

Commenting on the recent successful completion, Benoît Cœuré, Head of the Bank of International Settlements’ Innovation Hub (BISIH), said: “If wholesale CBDCs are to fulfil their potential as a new means of settlement, their design and implications deserve close study and consideration. This is only possible via continued deliberations and experimentations among central banks and with other stakeholders, such as market supervisors and the private sector. Given the speed of digital transformation, central banks, and others need to learn fast to make informed policy decisions.”

In recent months, central banks around the world have made substantial progress related to CBDCs. Christine Lagarde recently mentioned that the digital euro is expected to go live in the next 2 to 4 years. Switzerland has positioned itself as an attractive location for global crypto firms. Major companies like the Facebook-backed Diem association headquartered in the region. Swiss National Bank showed great support for innovative technologies in the past including the use of digital assets.

“Irrespective of which technologies the financial markets adopt next, the safety and reliability of Swiss financial infrastructure must be preserved. If DLT can deliver significant improvements in securities trading and settlement, then the SNB will be prepared,” Andréa M Maechler, Member of the Governing Board of the SNB said in a statement. 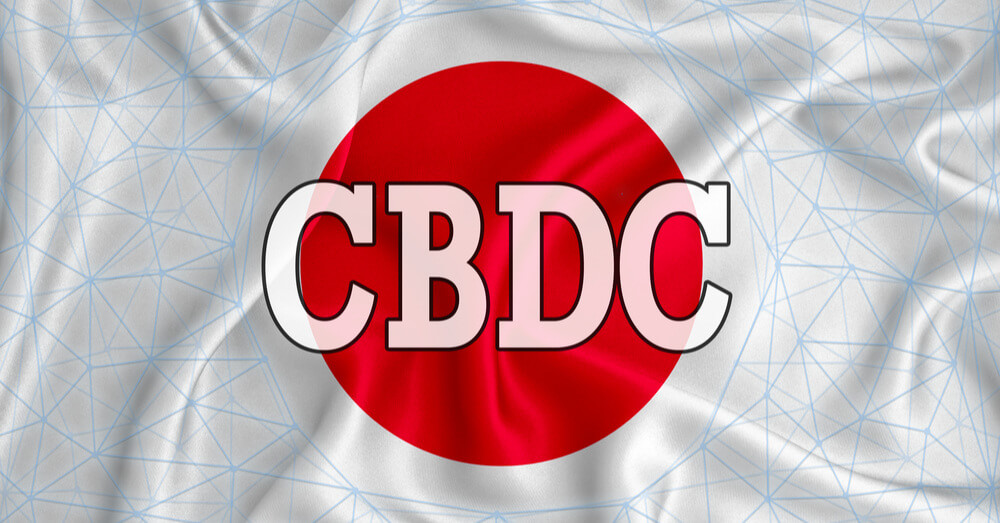 Matsumoto added that his firm welcomes the idea of issuing a central bank digital currency as he believes it would help Japan move towards an efficient digital economy. At the moment, converting cryptocurrencies into fiat currencies remains a massive challenge as most small cryptocurrency exchanges don’t have bank accounts, Matsumoto added. If the Digital Yen and other CBDCs are issued, we would have digital-friendly platforms where cryptocurrencies and legal tenders can be exchanged and converted to one another more smoothly.

Monex Group stands to benefit from the creation of a Digital Yuan as the financial services company manages a host of online retail brokerages in Japan and overseas. Monex Group owns Tokyo-based cryptocurrency exchange Coincheck, which it bought after the 2018 hack of the platform, resulting in the loss of $500 million.

The Bank of Japan, similar to other central banks around the world, has been experimenting on how to operate a CBDC. In July, the BOJ set up a dedicated team to look at the implications of a central bank digital currency. The BOJ’s senior economist, Kazushige Kamiyama, was tasked to lead the department in charge of CBDC research and development. Last month, the apex bank revealed that it would start experimenting next year on how to operate its own digital currency.

Japan will be joining a host of other countries that are working on developing their CBDCs. China remains one of the major players in this aspect as the People’s Bank of China (PBC) is already experimenting the implications of its Digital Yuan in partnership with some of the leading companies in the country.

Sweden, the Bahamas and the Marshall Islands are also experimenting with their central bank digital currencies. The EU is also talking about researching the possibility of a CBDC. Hence, it wouldn’t be long before several countries around the world issue their own digital currencies.