He brings more than a decade of journalism experience and extensive knowledge of crypto industry to Kraken. In his new capacity, Rizzo will offer specialist advice in the company’s cryptocurrency domain, with particular emphasis on introducing their new products and services and connecting with new crypto users. 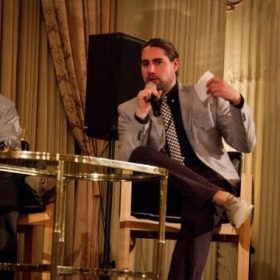 During his six-year stint at CoinDesk, he led both the daily news site and the monthly research reports, as well as the company’s subscription emails and internal training. Since joining the firm in 2013, Rizzo has authored more than 2,000 articles on cryptocurrency stories and expanded editorial team from two US-based journalists to a network of 30 content creators.

Rizzo’s departure came at a delicate time for CoinDesk when the editorial team moved into the headquarter of its parent company, Digital Currency Group (DCG). The move was a controversial decision as integrating CoinDesk’s staff into DCG’s operations was seen as possibly damaging the publication’s reputation and comprising editorial independence.

Prior to CoinDesk, he was previously an editor at payments news source PYMNTS.com. Rizzo started his career at MTV Networks in 2009, but waited until 2013 to get specialized in the intersection of digital assets with traditional finance and payments technology.

Rizzo explained his aims for taking up the role

Pete joined Kraken, one of the world’s longest-operating cryptocurrency platforms, to dive deeper into his specialty and will be responsible for investigating the most powerful tools to promote the exchange’s products. In his new role, he is expected to develop a range of multimedia products to help in simplifying cryptocurrency knowledge.

“Like many people, it was around the time of Silk Road in early 2013. I was an aspiring freelance writer/journalist in Boston when I heard about this mysterious drug market. At the same time, I was just learning about finance and I had a friend who was an editor at a news publication and newsletter company focused on payments,” he said.

Amid several congratulatory comments that followed the official announcement on Twitter, Rizzo highlighted his objectives behind why he joined Kraken. In an interview published on its website, Rizzo also explained some of his aims for taking up a role at the crypto exchange.

News from me: I’m now on team @krakenfx ⚡️⚡️ https://t.co/MhXiAtbsiK