Decentralized Internet is the Future We Need Now

After more than two decades of internet acceleration to the point of near-ubiquitous digital adoption, it’s time to transition to a decentralized internet. Collectively, more than half of the world’s population owns a smartphone, a powerful and convenient gateway to internet access, which has spurred unprecedented internet usage over the past decade.

According to the Pew Research Center, more than 80% of US adults are daily internet users and, incredibly, nearly 30% report that they are online “almost constantly.” As a result, internet service providers (ISPs) have encountered significant growth.

For instance, UK-based ISP TalkTalk enjoyed 500% growth since 2009, and Cisco estimates that ISP traffic will grow at 22% annually, placing increasing strain on their infrastructure.

With people becoming overwhelmingly more connected with time, this trend is poised to continue well into the future, which presents a big problem for both ISPs and the customers who rely on their services to participate in an increasingly interconnected world.

While companies are clamoring to develop a solution, new developments in decentralized computing offer a compelling opportunity to reorient our ISP ecosystem into a sustainable, scalable infrastructure capable of handling the exponential growth headed our way.

The Implications for ISPs

The centralized model that began with the initial onset of the internet in the 1990s is mostly unsuitable for internet usage both today and in the future. 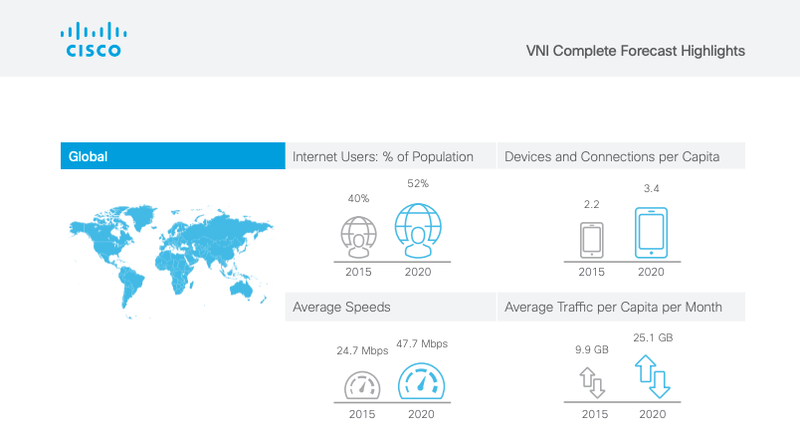 Bandwidth and data are in almost constant demand, and some of the biggest tech companies in the world are clamoring to fill the void. Google, Microsoft, and especially Amazon, each deploy massive data centers around the world. For instance, Amazon’s cloud platform, Amazon Web Services, manages as much 40% of the cloud market, serving as the backend for many of the most popular websites in the world.

To meet this burgeoning demand, these companies are deploying significant services that route internet traffic to the nearest hub. However, the synchronization efforts required to create parity between data centers consume more bandwidth than public internet traffic.

Looking ahead, it’s clear that ISPs are not equipped to handle the future of the internet. Their growing responsibilities and bloated infrastructure are anathemas to the expansion-saturated market that awaits in the years ahead.

Simply put, bigger technology isn’t the solution. We need better technology to facilitate internet traffic in the decade ahead.

This problem is emerging at the same time that blockchain technology is mainstreaming the idea of decentralized computing that distributes responsibilities and capabilities across thousands or millions of devices around the world. Now, it’s possible that the decentralized internet can compete as a solution to the increased and increasing traffic and consumer complexities experienced by ISPs.

For instance, ThreeFold, a blockchain platform for the decentralized internet that provides a grid of self-managing internet capacity, is built to both democratize the internet while providing a scalable solution to growing ISP traffic.

ThreeFold, along with a cadre of other blockchain platforms, are striving to provide a decentralized internet that is every bit as capable and convenient as today’s centralized offerings. In other words, as Brennan Novak, a user-interface designer, told The New Yorker, “The challenge is to make decentralized alternatives that are as secure, convenient, and seductive as a Google account.”

Of course, decentralizing the internet is about much more than just aesthetics. Data collection has become big business in the digital age, accounting for a $1.7 trillion sub-economy for the G7 countries alone. However, after more than a decade of unbridled participation in this economy, consumers are taking notice and demanding that companies do a better job of protecting their personal information.

That’s why platforms like dWeb are developing an alternative framework for the internet that relies on decentralization to improve privacy and data management. As the company’s founder, Mark Nadal, told NBC, “This isn’t about technology individually. It’s about creating an environment of opportunity that benefits everyone.”

The ethos of the decentralized internet is supported by privacy regulations like Europe’s General Data Protection Regulation and California’s Consumer Privacy Act give consumers more control over their information. The current ISP landscape is set up to collect and store as much information as possible. At the same time, the decentralized internet can be configured from the beginning with privacy as a first priority.

In short, the first iteration of the internet was founded on centralized platforms that have become frighteningly powerful and less effective with time. However, the next generation can be defined by decentralization, ensuring that everyone has an opportunity to use a capable, secure, and private internet.

With so many people access the internet as a constant and continual part of their day, it’s clear that internet usage is on an unstoppable path higher, which means that now is the right time to make the decentralized internet infrastructure for today, tomorrow, and well into the future.